Residents in the shadows 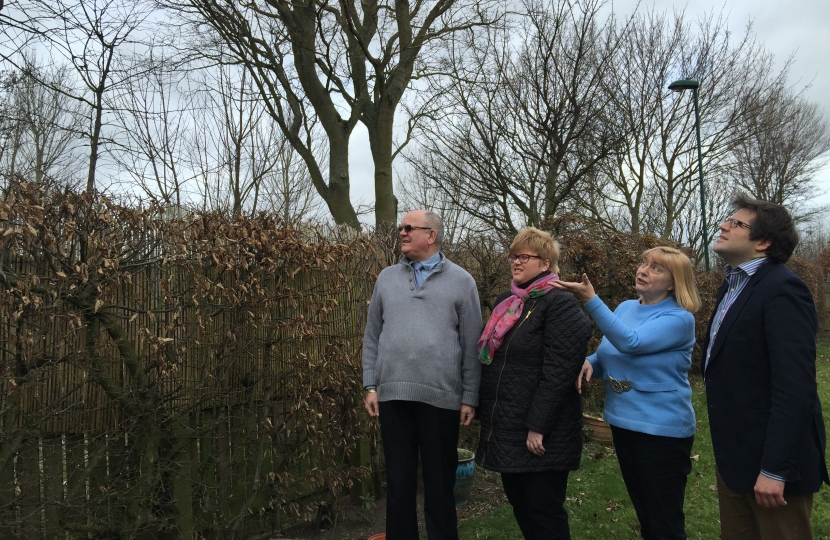 In October of last year, residents a Guisborough estate got in touch with Will Goodhand about trees which are blocking out light from their row of bungalows. Mr Goodhand set about a plan to deal with the trees, firstly by alerting Redcar & Cleveland Council of the issue and organising several clear up sessions to clear the pathway of overgrown bushes and litter. A petition was then organised which was signed by over 100 residents of the estate and taken to the Council in December.

Margaret Stevenson and Ian Jardine are two of the residents affected, they commented

“When I first moved here it was bad but I could still grow some stuff in the garden. Not anymore. Now it's got so bad we have to have the lights and heating on in the summer because we get no heat or light in from the sun. All the residents in this row are suffering from this and they are housebound."

Ian:
"The ground gets sodden when it rains and it won't dry out so I can't grow anything. It's heartbreaking, I've won prizes for my gardening in competitions up till now"

Margaret:
"Will Goodhand and his team came and cleaned up much of the estate, and got rid of most of the overgrowth and brambles which was sheltering antisocial behaviour."

"We got no help until Will Goodhand came on the scene. We've now seen some progress - the Council has come and they've cleaned up the paths and they've trimmed some saplings. But we're still waiting for action on the tall trees and branches which are blocking out the sun and making our lives a misery"

"We had got onto the current MP but nothing was done. He said he'd spoken to the Council but nothing happened. If nothing's done I'll have to move because it is affecting my health."

Dr Caroline Jackson has joined Will Goodhand on the Guisborough team and the two are working together along with Dennis Teasdale to solve issues across this part of Guisborough.

Will Goodhand said
"Caroline, Dennis and I are continuing to work on solving this problem and together we hope to achieve real progress where it is needed, not just on the Wilton Estate but across this part of Guisborough.”