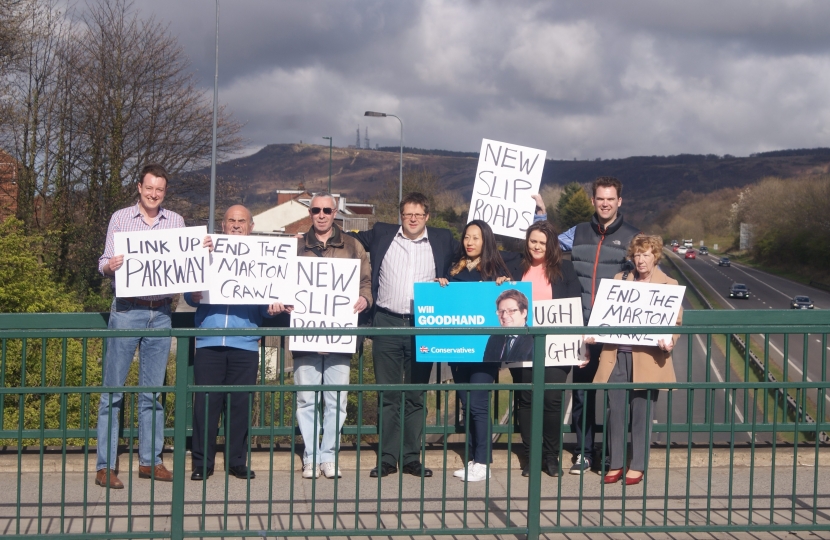 Will said "It was great to have the Transport Secretary join us a couple of days ago to take part in my campaign for new slip roads off Ormesby Bank onto the Parkway. It is going to take several different projects to start to ease traffic through Marton and this is certainly one of them. I will keep going until we get real results."

Will has a plan to deal with traffic congestion across southern Middlesbrough and in particular the Marton Crawl. Several projects will need to be undertaken, most by Middlesbrough Council, however the slip roads onto the Parkway will come under the highways agency and so Will is pushing ahead with his campaign to have them built.

Access to and from the west along the Parkway onto Ormesby Bank will alleviate some of the traffic along Marton Road and Dixons Bank as it will produce a new route from the A19 to Guisborough.