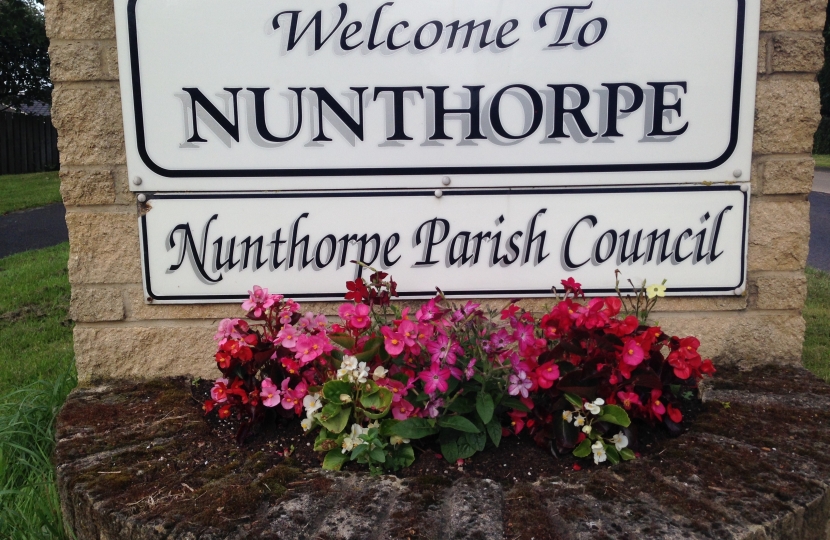 Residents from Nunthorpe were asked to complete a survey by Conservative Parliamentary candidate Will Goodhand on their views of the reunification of Nunthorpe. The response has been overwhelming in support of Will’s campaign to unite the village.

Nearly 90% of residents who responded (nearly 500 people) told Will that they fully support the reunification of Nunthorpe under a single local authority with 4% against of unsure. Slightly more people 91% think that the village should be represented by one MP with 4% against the plan.

Will said “I think the results of this survey are absolutely clear, people in Nunthorpe want to be represented in both local and national government together as one voice. I will continue to campaign to achieve the reunification of village as residents expect to be stood up for and listened too.

So in the coming weeks Nunthorpe residents will be receiving a special petition which I am asking them to post to the Local Government Boundary Commission for England in order for their views to be heard.

I would like to thank everyone who took part and returned the survey and would add that those who did not manage to do so, can still let me know how they feel by writing to me at 7a Church Street, Guisborough, TS14 6HG or emailing me on will4msec@gmail.com”