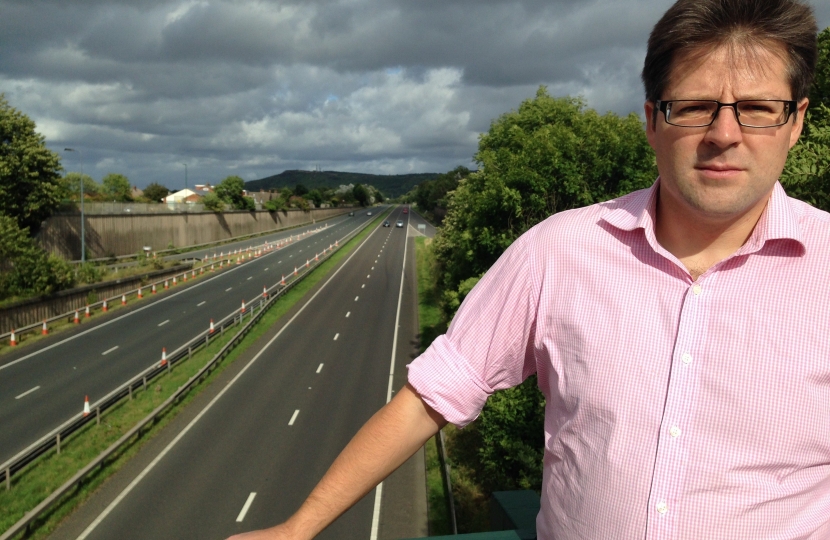 Will Goodhand, Conservative Parliamentary Candidate for Middlesbrough South & East Cleveland has hailed success in his campaign to improve South Middlesbrough’s infrastructure, following George Osborne’s launch of the long-term economic plan for the North-east.

The Chancellor made specific references to improving the A174 Parkway beyond the present improvement works, following intense campaigning by Will Goodhand on the need to solve the Marton Crawl.

“The Government has heard the calls for improvements to be made to local roads around Middlesbrough – especially along the critical A174 access corridor to the south and east of Middlesbrough.

“That is why we are inviting local authorities and the local enterprise partnership to undertake feasibility studies for investment in priority projects on these roads at future Local Growth Fund rounds. The Highways England will also look into options for improving traffic flow in the area.”

“I have a pre-arranged meeting with the Managing Director of Tees Valley Unlimited where I will be discussing this exciting step forward. I will raise the three priority areas I’ve already raised with the Chancellor and the Department for Transport – the East Middlesbrough bypass, the possibility of adding westbound sliproads for the A174 at Ormesby Bank from the A171, and sliproads in both directions to join Flatts Lane to the A174.”

“I am proud that we have made this step forward in contrast to lazy local Labour Councils and MPs who have achieved nothing on this issue for a very long time. They are asleep at the wheel but as someone who regularly suffers the Marton Crawl myself, I am not.”

“I am calling a public meeting at the earliest opportunity to identify the plans local people want to take forward. It will take place on Thursday 19th March, 7pm at the Marton Country Club, itself a key landmark on the Marton Crawl. To exchange ideas in advance, come to the Facebook discussion at: https://www.facebook.com/SMIAGmiddlesbrough .